Metabolic Syndrome: What Is It and How Do You Know If You Have It?

Click here to listen to this episode of the Discover Health Podcast: https://tmwellness-om.vids.io/videos/799ddab71b19e2c7f0/metabolic-syndrome-ad-wmv

Click here to watch a presentation of this episode of the Discover Health Podcast: https://youtu.be/KLID94t2mCA

Hey, everybody! It’s Dr. Trish Murray – physician, best-selling author, and the Health Catalyst Speaker. Today’s podcast is entitled “Metabolic Syndrome: What Is It and How Do You Know If You Have It?” 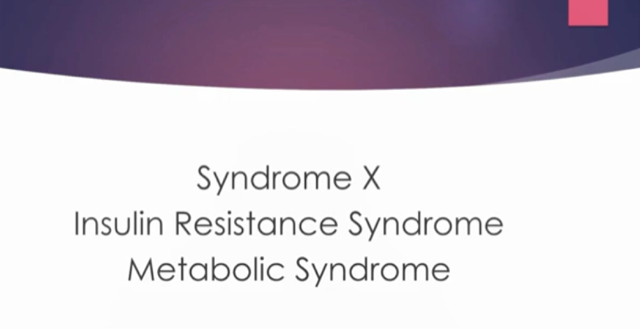 If you go back in time, folks, the first name that was ever given to this condition, metabolic syndrome…we didn’t call it that in the beginning. The first name it was ever given was actually called Syndrome X because traditional medicine and doctors didn’t really know what caused it. You will see the diagnosis in a minute of all the things you must have in order to be diagnosed with metabolic syndrome, but, again, it was originally called Syndrome X because actually we didn’t know what exactly it was, but it was leading down a path of a lot of chronic diseases like high blood pressure and heart disease and diabetes.

It then took on the name insulin resistance syndrome or pre-diabetes, and that’s because during metabolic syndrome a huge part of the physiology of it is that a person is putting out a ton of insulin, but the insulin isn’t working properly. It is entitled insulin resistance or pre-diabetes, meaning people’s sugars are rising and rising not diagnostic yet of diabetes but they’re greater than 100 and abnormal. This, again, is developing insulin resistance which leads down the path to, in many people, most people, the eventual diagnosis of Type 2 adult-onset diabetes. 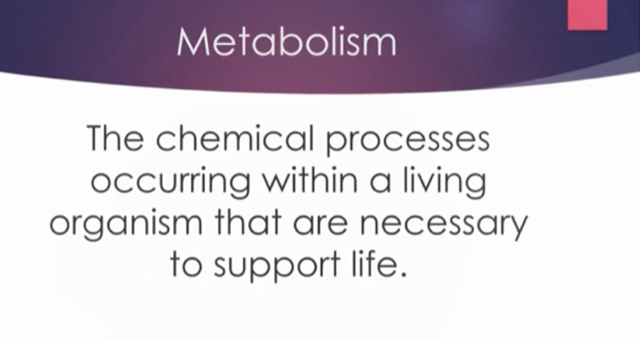 So, what’s the diagnosis of metabolic syndrome? How do you know if you have it, and what are the things that are out of balance? Well, in order to diagnose anyone with metabolic syndrome, you have to have three out of five things going on within your metabolism. The list is here:

Number two, the second factor that might be a sign or is a sign of metabolic syndrome if you have it is a high-density lipoprotein, an HDL, the good cholesterol, being less than 40 in a man or less than 50 in a woman. So, you need to get your lipids checked or you need to look at a lab test that you last had done of your HDL, your good cholesterol. If you are male and it is less than 40 that’s concerning. It’s not high enough. If you are a woman and it’s less than 50 that’s concerning. Women usually have higher HDL than men do. So, that’s number two.

The third factor in determining whether a person has metabolic syndrome is waist circumference. Now, as we know, we all would love to have the pear-shaped body…you know the waist that comes in and then the hips go out wider…the hourglass shape. The waist would be pear-shaped and smaller and the bottom where the hips are would be wider. Well, that’s the optimal, but as we age and if we put on too much body fat and especially abdominal body fat and visceral, meaning fat around the organs of the abdomen such as a pot belly or an apple-shaped body, big wasted but small hips.

The fifth factor that can be looked at to determine if someone has metabolic syndrome is triglycerides. Triglycerides are pure fat in the bloodstream. If your triglycerides are greater than 150 then you are at risk and you have one of the factors of the five.

If you have three or more of the five factors that are positive, meaning they’re found to be positive for you, then you have metabolic syndrome. Again, one more time:

There are eight risk factors here, but you’ll notice every single one of the ones that we just talked about for metabolic syndrome are listed here:

Folks, the point here is that if you have metabolic syndrome, three out of the five factors or more that I just listed off before then this is why you have chronic disease. This is why you don’t feel well, and it is putting you at risk of heart disease and heart attacks. It’s putting you at risk for diabetes, and it’s causing you to have to be on many, many different prescription medicines to try and treat it.

Now, the other problem is that many of you out there, many of us Americans, do not know that we even have metabolic syndrome! Stats on patient awareness and control of chronic diseases is really poor in the United States. Look at these facts:

Another study that was done, called the United States Diabetes Prevention Program, folks, evaluated a lifestyle approach because what’s the answer? Okay, let’s say you did test yourself and you look up your labs and you test your waist circumference, and you realize, Wow! I have three of those five factors that Dr. Murray listed off a minute ago. Or, I have four of them. Oh my God! I have five of them.

Well, the United States Diabetes Prevention Program evaluated a lifestyle approach to prevent Type 2 diabetes in obese people. The whole study had to be stopped early because the results were indisputable that lifestyle, changing one’s diet, exercising, decreasing stress, and avoiding toxins reduced diabetes by 50 percent versus comparing that to the just pharmaceutical prescription drug interventions only decreased the diabetes by 30 percent. Lifestyle had a much better effect, indisputable effect, and therefore the study was stopped, and it was just determined that lifestyle is the way to go.

Looking here at some more statistics from that study on metabolic syndrome. Lifestyle interventions for pre-diabetes or metabolic syndrome delayed the onset or the diagnosis of Type 2 diabetes by eleven years versus prescription medicines alone. No lifestyle changes just prescription pharmacotherapy only delayed the onset of diabetes by three years. Would you rather push off and avoid diabetes altogether by eleven years or more or would you prefer to just take pills and have diabetes in the next three years or four years? The decision is yours.

Now, what are some tips that I could end with to give you that if you did them today – boom – you make the decision to do them today you will improve your health and you will reduce the three factors or any of those five factors of possibly having metabolic syndrome? The very first thing I would say is sugary drinks. Folks, you’ve got stop drinking soda. Do not drink soda. Period. By middle age, soft drink consumption is associated with a higher prevalence in incidence of multiple metabolic risk factors. Consumption of only one soft drink a day will increase your risk by one and a half times of developing metabolic syndrome. If you did nothing else for yourself, stop drinking soda!

Another thing is related to heart disease. The atherosclerosis risk in Community Study, another study, found that long-term consumption of the western pattern diet – lots of red meat, fried foods, and again sugary drinks like soda – increase the risk of developing metabolic syndrome. If you stop drinking soda, only eat fried foods maybe once a week if that or ever or eliminate it, and you stop eating so much red meat and just switch to fish for at least one night a week and more chicken or even a night of no meat per week you will absolutely decrease your risk and reverse your metabolic syndrome and avoid ever developing Type 2 diabetes. If you do have Type 2 diabetes you may be able to reverse that as well with some of these tips.

So, finally how to improve, how to reverse metabolic syndrome, how to even reverse and get on the bandwagon and on your journey to reverse Type 2 diabetes, adult-onset diabetes if you already have it.

Folks, eat the rainbow, stop all soda or even fruit juice, folks, because high concentrated fruit juice has actually more sugar per can or per serving than even a soda does, so stop all sugary drinks, Google and learn the glycemic index and learn what that’s about, and choose foods that emphasize a low glycemic index in your diet.

Watch and share the presentation of this episode of the Discover Health Podcast on our YouTube channel: https://youtu.be/KLID94t2mCA

Get your FREEcopy of Dr. Trish Murray’s first book Make a D.E.N.T. in Chronic Disease

Want to be our next guest or sponsor an episode? Send us an email at